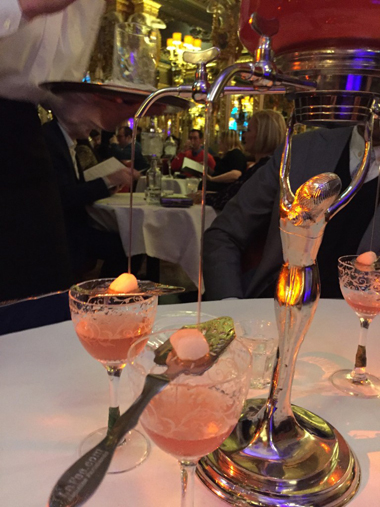 The 50 days of Albert Adria’s residency at the Hotel Café Royal will come to an end in two weeks.  Tickets sold out fast, but you can still book yourself in to experience the incredible cocktails created by the acclaimed chef.

La Fée is honoured to feature in Albert Adrià’s highly anticipated residency at London’s famous Hotel Café Royal.  Albert and his brother Ferran are best known for their 23 years at elBulli, the pioneering Spanish restaurant which held 3 Michelin stars from 1997 until it closed in 2011.  Ferran considers his brother to be one of the finest chefs in the world, and Albert was named ‘the best pastry chef in the world’ in this year’s San Pellegrino World’s 50 Best Restaurants.  He has opened five outstanding restaurants across Spain since 2011.