La Fée at the launch of Joe Corré’s second clothing store “A Child of the Jago”, 76-78 Charing Cross Rd, London. A lot of Absinthe was drunk by some fantastically dressed people. A Child Of The Jago is Joe Corré’s label specialising in quintessentially British, sustainable mens and womenswear with an emphasis on quality and workmanship. Joe is the son of Vivienne Westwood and Malcolm McLaren and was the co-founder of the hugely successful Agent Provocateur. 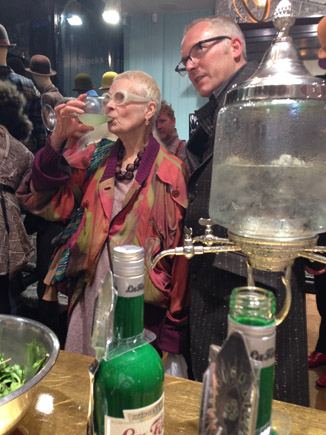