Absinthe is a distilled, highly alcoholic anise-flavored spirit derived from herbs and its fundamental ingredient: wormwood (Artemisia absinthium). It is typically a green colour, our traditional French Absinthe, La Fée Parisienne turning to a cloudy, opalescent milky green when mixed with water. Traditional Swiss, such as our La Fée X•S Suisse Absinthe will turn a cloudy, opalescent milky white. Highly aromatic, and bitter in taste, depending on origin, this spirit typically has an alcohol content of between 53% abv and 70% abv by volume.

Wormwood (Artemisia absinthium) is a bitter, aromatic herb of the genus Artemisia of the family Asteraceae, distributed through many parts of the world and is the essential ingredient to real absinthe. To read more click here.

In the late 19th and early 20th century, France was the largest producer of absinthe, but decided to place a ban on domestic sales in 1915. Our company discovered that at the time of the ban distillers were allowed to continue selling absinthe on a strictly export basis only. As the domestic market collapsed all production ceased and export dried up. La Fée Absinthe is distilled by a Paris based distiller, and was the first traditional French absinthe to be produced since the ban.

Why was absinthe banned?

Spurred by the temperance movement absinthe became the scapegoat for all alcohol pressure also came via the wine makers association, who saw absinthe as a direct threat to their sales, which had been badly hit by the spread of the phylloxera bug that destroyed the majority of French vineyards by the late 1800's. The final nail in the coffin came from Switzerland, where a Monsieur Lanfray shot his entire family after drinking absinthe. Overlooking the fact that he had also consumed seven glasses of wine, six glasses of cognac, one coffee laced with brandy and two crème de menthes, absinthe was left to blame and in 1907 Switzerland passed their ban.

Why is absinthe back?

In 1998 George Rowley (owner of La Fée) secured the UK government's authorization on the landmark document allowing absinthe to be legally sold in the European Union thus sparking a world wide modern revival. He then worked closely with Marie-Claude Delahaye, world-expert and absinthe historian, and together they recreated, for the first time since the bans of 1915, the first traditional absinthe to be distilled in France. In May 2011 the French government finally repealed their absinthe ban, allowing the spirit to be labelled simply as 'absinthe' for the first time in 96 years.

No. Alcohol abuse was historically, and continues to be, very dangerous and it is often said that the impurities in the alcohol production process of the era (especially cheap brands) that was responsible for the reputed negative health effects of absinthe.

Once absinthes reputation spread it was self-perpetuating; if a married man died of syphilis, it might be kinder to his widow to name "Absinthism" on the death certificate.

This is quite simply a language difference. Although 'absinthe' is the generic spelling as coined by the Swiss and French, who were the original absinthe producing nations, you will find that around the world there are many different spellings for the word absinthe. In the Czech Republic "e" is dropped, and thus, absinth. The Spanish say absenta and the Italians say assenzio, but they all mean absinthe.

It is worth noting that the spelling absinth (without an "e") usually denotes that the brand comes from Eastern Europe and is likely to be "Bohemian style", which means that it is unlikely to louche when water is added, due to the little to no anise content compared to traditional Swiss/French style.

Check out our Absinthe Friends and Absinthe History sections.

What is an absinthe spoon?

It is a special slotted spoon designed so that a sugar lump can be placed on it and water dripped over. The spoon allows for the correct separation of the three ingredients, absinthe, water and sugar. The water dripping slowly dissolves the sugar at the correct speed, if sugar is placed straight into absinthe then it reduces the ability to dissolve efficiently, especially 100 years ago when sugar was less refined.

Do you burn absinthe?

Burning absinthe was brought about by the Czech Republic, and only modern Czech absinth has ever been recognised as an absinth that may be burnt.

Is absinthe an aphrodisiac?

Absinthe was certainly believed to be a strong aphrodisiac in its heyday; two of absinthe's ingredients (Wormwood and Anise) were reputed to have such an effect. The English poet Ernest Dowson coined the phrase "Absinthe makes the tart grow fonder".

We'll let you decide if this is true!

What is the correct serving method?

For the correct serve for style, click on the links below

What are the ingredients of absinthe?

The defining ingredient in absinthe is Grand Wormwood (Artemisia absinthium). Any absinthe without this herb is NOT an absinthe. Other main herbs used are green anise, star anise and fennel. Many others may be used as well, such as petite wormwood, hyssop, star anise, and various mountain herbs

Thujone is a well known substance for absinthe, and found in various plants, notably wormwood. It is believed to be a neurotoxin. The quantity of thujone in absinthe is minimal, almost non-existent. EU and US regulations state that absinthe must contain no more than 10 mg/l, for spirits which is fine, as historically traditional absinthe did not usually exceed this amount. In Europe absinthe classed as a bitter (amer) is allowed up to 35ppm as in the La Fée X•S range.The EU has now merged the two separate allowances - meaning that all absinthe, whether spirits or amers, may contain up to 35ppm thujone.

How do you make absinthe?

Traditionally all of the herbs and spices are distilled with the base alcohol in the same stil, before being coloured by the maceration of natural herbs in the distillate.  This method is used to distil the Extra Supérieure La Fée X•S range.

Since their first distillations, La Fée Absinthe Parisienne [July 2000] and La Fée Absinthe Blanche [April 2012] have been made using a slightly different method: Based on an authentic 19th century recipe, our distiller distils each herb and spice separately. The individual distillates are then blended and Parisienne is coloured naturally from herbs macerated in spirit. This process allows us to achieve great consistency from batch-to-batch, which is we consider crucial for consistency of serve in cocktail bars around the world. These Absinthe Supérieures are each personally approved by Marie-Claude Delahaye of the Musée de l'Absinthe before bottling. 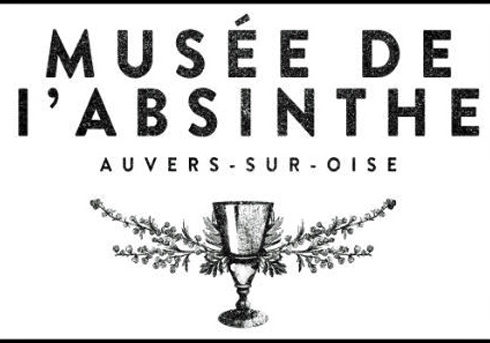 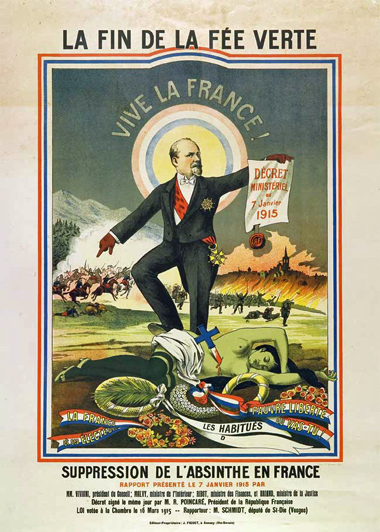