Absinthe has appeared in many movies  more than you may think! Below are the ones we know about. If you spot another, be sure to tell us. 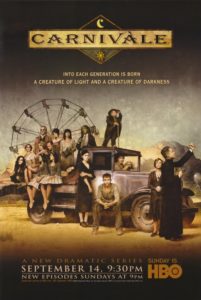 The final battle between Good and Evil is looming, and Ben Hawkins and Brother Justin are on a collision course that could determine the fate of the world. Set during the Great Depression in the 1930s, Carnivàle follows a traveling carnival as it wends its way across the Dust Bowl, focusing on Ben Hawkins, a mysterious 18-year-old fugitive with hidden talents who is taken in by the carnival, and Brother Justin, the charismatic, shadowy evangelist who will ultimately cross his path.

Professor Ernst Lodz, the Carnivale's blind mesmerist has plans for young Hawkins, and can often be seen enjoying a glass of absinthe. 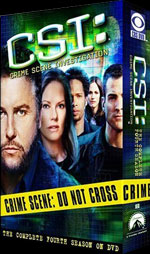 Catherine: Are Angela's tox result in yet?
Greg: Blood alcohol level of .14 percent.
Catherine: Her friends didn't say anything about drinking.
Greg: Well, I'm just getting warmed up. Tox panel detected traces of thujone. Thujone is the psychoactive chemical found in absinthe, a liquor distilled from wormwood.
Warrick: Isn't absinthe illegal?
Greg: In the US. Banned in 1912. Apparently, toxic byproducts are released during the distilling process. Stuff's supposed to make you a little crazy.
Catherine: And how would Angela get a hold of this?
Greg: Well, this is not coming from personal experience, but according to a friend of a friend of an acquaintance, absinthe is rumored to be served in certain underground clubs.
Warrick: Like a blood bar. 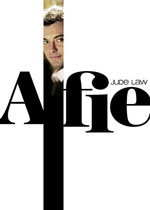 What's it all about?

Played by Jude Law, Alfie is a limo driver with a designer wardrobe, a killer smile, a fashionably dilapidated apartment, and a south London accent that makes the female population of Manhattan swoon. Though he dreams of owning his own limo business with his best friend, Marlon (Omar Epps), he seems content enough to spend his time bedding women. Among his conquests are the best friend's girlfriend, various married clients and a sexually voracious older woman (Susan Sarandon), who introduces him to absinthe and heartache in quick succession. 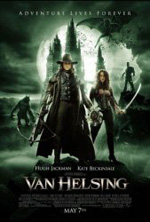 The One Name They All Fear

In alliance with a Transylvanian princess (Kate Beckinsale) and the Frankenstein monster (Shuler Hensley), Van Helsing (Hugh Jackman) must prevent Dracula (the deliciously campy Richard Roxburgh) from hatching his bat-winged progeny, and there's so much good-humored action that you're guaranteed to be thrilled and exhausted by the time the end-credits roll. 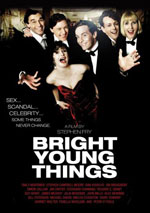 Sex... Scandal... Celebrity... Some things never change.
Set in glamorous 1930s London, the story follows a group of socialites whose lives consist of drinking absinthe, snorting drugs and creating slanderous fodder for the gossip columns. Adam, an aspiring novelist, is a straight-laced, quiet gentleman who makes ends meet as a newspaper reporter while waiting for his ship to come in, which will allow him enough wealth to justify wedding Nina. Simon is Adam's colleague and the anonymous gossip writer who is plagued with contempt for the very subject on which he makes his living. Agatha, the awkward-looking but powerful protagonist leads the mischief of this group, ever so unapologetic and wry. Even when she finds herself committed to a mental institution as a result of one of her infamous stunts, she still draws a party to her hospital bedside. 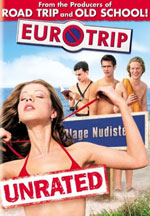 No actual Europeans were harmed in the making of this film.

Have you ever pressed 'Send' on an email and immediately wished you could get it back? When Mieke makes a cyber pass at Scotty, he completely freaks out, thinking that this guy hes known for years is coming on to him... in German no less. Too bad the one detail Scotty doesnt seem to know is that, in Germany, Mieke is a girls name.

By the time Scotty figures out that Mieke is a girl, and a hot one at that, Mieke has cut off her email account and all contact with him. Thinking that this might be his one chance at true love  even though hes never actually met the girl  Scotty and his best friends, Cooper and the twins Jenny and Jamie, embark on a raucous trip across Europe headed for Berlin, along the way, absinth is drunk and a hallucinatory meeting with the Green Fairy imagined! 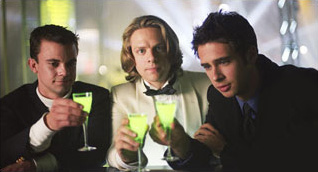 A New Breed Of Secret Agent.

Vin Diesel plays Xander Cage. He's your standard adrenaline junkie with no fear and a lousy attitude. When the US Government 'recruits' him to go on a mission, he's not exactly thrilled. His mission: to gather information on an organization that may just be planning the destruction of the world, led by the nihilistic Yorgi. 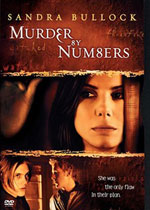 'Murder By Numbers' is a psychological suspense-thriller that tells the story of a tenacious homicide detective, Cassie Mayweather (Sandra Bullock) and her new partner Sam Kennedy (Ben Chaplin) who become pitted against two malevolently brilliant young men (Ryan Gosling and Michael Pitt) in an ingenious battle of wits over the perfect crime: the killing of an arbitrarily chosen woman, planned whilst decadently sipping absinthe and espousing their philosophical views of life  and death. 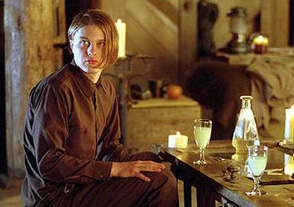 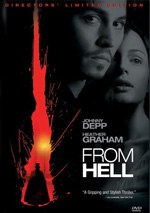 Only the legend will survive.

From Hell, referring to the return address on a letter penned by the Ripper, is about people who are in hell, trying to survive the grimmest circumstances. At the core are five impoverished prostitues who share a desperate friendship, drawn tighter as their ranks are terrorized by a gruesome murderer. Mary Kelly, Kate Eddowes, Liz Stride, Dark Annie Chapman and Polly exist on the brink, earning a meager living with their bodies in a soceity that concurrently dishonors and feeds upon them. Owning virtually nothing of value, they are threatened by a monster that would steal from them their only possession: existence. 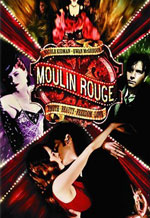 No Laws. No Limits. One Rule. Never Fall In Love.

A spectacle beyond anything you've ever witnessed. An experience beyond everything you've ever imagined. Behind the red velvet curtain, the ultimate seduction of your senses is about to begin. Welcome to the Moulin Rouge! Nicole Kidman and Ewan McGregor sing, dance and scale the heights of passionate abandon in this most talked-about movie from visionary director Baz Luhrmann (William Shakespeare's Romeo+Juliet, Strictly Ballroom). Enter a tantalizing world that celebrates truth, beauty, freedom and above all things, love. 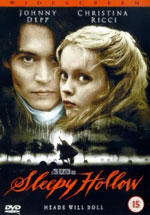 Johnny Depp is Ichabod Crane, an eccentric investigator determined to stop the Headless Horseman. Christina Ricci is Katrina Van Tassel, the beautiful and mysterious girl with secret ties to the supernatural terror...

Not exactly an absinthe movie but it was during the filming of Sleepy Hollow that Johnny sent his white stretch limo to our UK headquarters and became our very first customer! 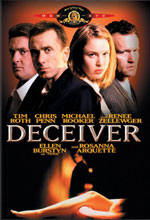 There are two sides to every lie.

Textile company heir Wayland is accused of murder of a prostitute named Elizabeth, whose body was found cut in two in the park. The murder is investigated by tough detective Kennesaw and his less experienced partner Braxton. Wayland is a heavy drinker and compulsive liar, he is prone to memory losses and periods of heavy violence. He is rich enough to access necessary information, and he gets the interrogators' own dark secrets - Kennesaw is angry about affairs his wife had and had let off steam with Elizabeth, and Braxton has gambling debts with Mook, who is demanding payment. 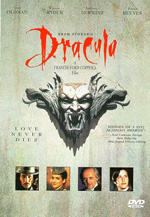 'Absinthe is the aphrodisiac of the self. The green fairy who lives in the absinthe wants your soul. But you are safe with me.'

Francis Ford Coppola returns to the original source of Dracula to create a modern masterpiece. It follows the tortured journey of the devastatingly seductive Transylvanian Prince (Gary Oldman) as he moves from Eastern Europe to 19th century London in search of his long lost Elisabeta, who is reincarnated as the beautiful Mina (Winona Ryder)...

With a seductive scene between Dracula & Mina focusing spcifically on absinthe, Marie-Claude Delahaye was contacted by the production to supply an absinthe spoon. 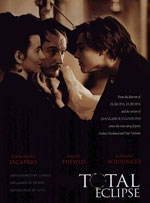 Touched by Genius. Cursed by Madness. Blinded by Love.

Directed by Agnieszka Holland Total Eclipse begins in 1870 when the newly married Verlaine is 24 and Rimbaud is 17. The volatile combination of their reckless passions, idiosyncratic talents, and obnoxious egos is a recipe for disaster--a torrid, absinthe-soaked homosexual love affair culminating in a two-year prison term for Verlaine who was convicted of sodomy. 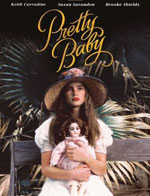 Set in a turn-of-the-century, New Orleans bordello and focuses on a girl named Violet (then-child actress Brooke Shields) whose imminent twelfth birthday signals her 'readiness' to become a career prostitute.

The little heroine brings a distinctly youthful and innocent view to the milieu, and the introduction of a photographer (Keith Carradine)  who eventually marries Violet  in the brothel carries the suggestion that there is art and beauty to be explored there. 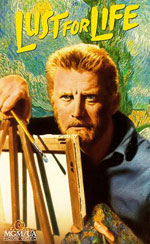 Vincent Van Gogh is the archetypical tortured artistic genius. His obsession with painting, combined with mental illness, propels him through an unhappy life full of failures and unrewarding relationships. He fails at being a preacher to coal miners. He fails in his relationships with women. He earns some respect among his fellow painters, especially Paul Gauguin, but he does not get along with them. He only manages to sell one painting in his lifetime. The one constant good in his life is his brother Theo, who is unwavering in his moral and financial support.

Lust For Life with Kirk Douglas as Van Gough and Anthony Quinn as Gaugin contain many scenes of absinthe drinking, and many of the locations used for filming were the actual locations Vincent Van Gogh visited in his life.

For Whom the Bell Tolls 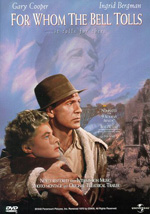 Based on the best-selling controversial novel by Pulitzer and Nobel Prize-winning author Ernest Hemingway, 'For Whom the Bell Tolls' graces the screen with legendary stars Gary Cooper and Ingrid Bergman.

The story follows expatriate American demolition expert Robert Jordan who aides anti-fascist freedom fighters of Spain. Assisting him is a band of warriors including the strong-willed Pilar (Katina Paxinou in an Oscar winning performance), the dangerously undependable Pablo and the lovely, innocent Maria. As danger mounts, Robert and Maria develop a closeness that blossoms into one of the screen's greatest love stories.

Epic in scope yet intimate in feeling, For Whom the Bell Tolls remains a shining example of Hollywood moviemaking at its finest.