An Education on Absinthe 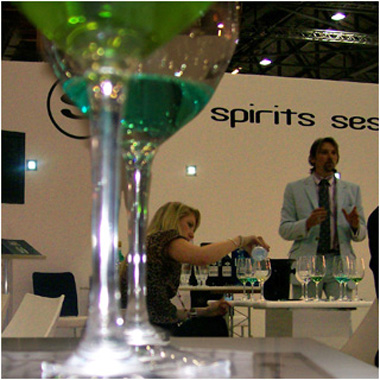 by invitation of the LIWSF, talk given George Rowley

Between 22nd and 24th of May 2007 La Fée Absinthe were attendee’s of the London International Wine and Spirits Fair, held at the ExCeL building, in London. This event is recognized globally as a key tool in not only the introduction of new products, but the development of existing ones as well, attracting brands from all across the world, and the personnel to match. 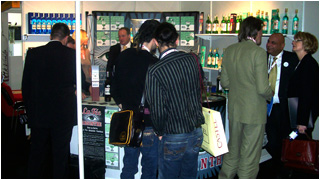 During our time at the fair, La Fée brand owner and Managing Director George Rowley was invited to give an informative and educational seminar and tasting on absinthe, La Fée the brand and the products that we offer. He opened his talk by discussing the revocation of the European ban on absinthe, and his influence on that decision.

George then proceeded to inform the audience of La Fée’s brand power, explaining how La Fée Absinthe was the very first truly global brand to hit the absinthe market in modern day culture.

After briefly going over the brand and its history, La Fée’s four absinthe products were brought to the forefront of the discussion. This enabled eager participants of the seminar to taste different products within the La Fée range. 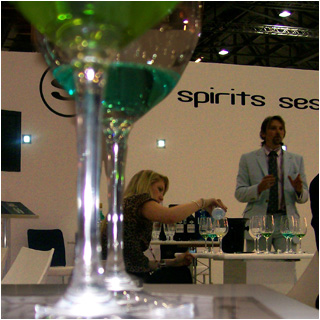 After learning about and comparing the tastes of these two wine-based products, the talk was then moved round to La Fée Parisienne and its connection with the Musée de l’Absinthe. Being the first absinthe commercially produced in France since its ban of 1915, distilled by a Paris based distiller, its fair to say George Rowley spent most time focused on his premium product than any of the other three. The final product on discussion was La Fée Bohemian, a Czech product, being a new modern version of absinth.