In Memory of Dick Bradsell 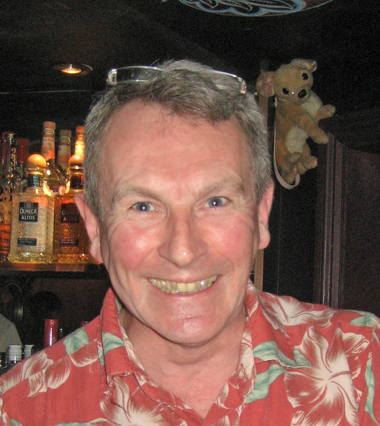 It is with sadness and regret to hear of the passing of Dick Bradsell, an icon of modern cocktail culture and the London scene.  I first met Dick in the nineties, when I imported craft beer and Becherovka from the Czech Republic:  I called him to ask a favour – to sample a range of eau-de-vie, including Slivovitz (plum brandy), which I was looking to import.  We met in Chelsea, sitting in my delivery van, parked on a single yellow line, and he proceeded to give a masterclass in tasting spirits – which led to importation following his positive feedback.

In 1998, when we brought Absinth back to the UK with the launch of Hill’s at The Groucho Club, Dick was on-hand to take control of the bar and show off some delicious creations – and again in 2000 for the launch of La Fée Parisienne (real French Absinthe) with Marie-Claude Delahaye.  It goes without saying that he could take any decent spirit and formulate an amazing and balanced cocktail (having said that, he did create the rather powerful ‘Hammer of the Gods’ at the end of the La Fée launch party – proceed with caution!)
He was my go-to expert when it came to sampling new spirits that we were working on, and it was always a pleasure to see his craft and taste his off-the-cuff cocktails at El Camion.
Inventor of – amongst others – the Espresso Martini, Dick was a true legend of the industry, and his memory will live on through his many creations.