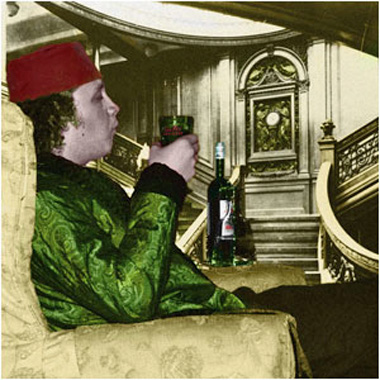 Throughout the Edinburgh Fringe Festival, La Fée is pleased to have been sponsoring an energetic show full of creativity – and certainly one to push the boundaries of good taste, The Absinthe Monologues.

Creating a world of decadence and absurdity, the audience is introduced into the mind of “The Cad”, whose nights, inspired by absinthe, concoct some of the most extravagant experiences that an every-day absinthe drinker can only dream of. 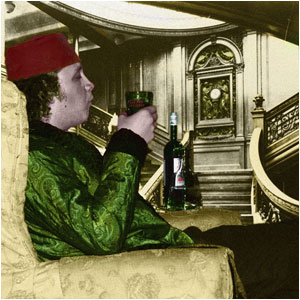 Held at the Zoo Southside, this show is near impossible to describe in a single piece, just be prepared to expect a murderous 5-year-old, the Sex Offender Olympics, and Internet Dating, not failing to mention of course, men in thongs weird would be an understatement. 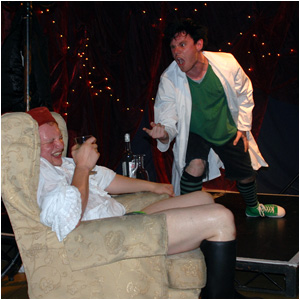 A special mention must go out to the fantastic Doctor Rotecode, a scene which epitomises that of the mind of the Cad. You can find his “Absinthe Lesson” here.

A show definitely not to miss out on, The Absinthe Monologues will have you laughing throughout with its slick, fast paced, and of course, offensive nature, each character, from the Cad, to Carl (who’s only 5 and 2 quarters), commanding the stage, the cast members performing to exceptional standards and the props (La Fée Absinthe) all playing their own part.

Behind The Absinthe Monologues

After the show we got to spend some time with some of the cast. 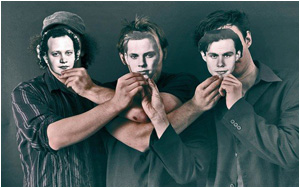 Speaking with Rev. Lewis Ironside and Capt. Chris Snelson, they gave us a little insight into the creation of The Absinthe Monologues

After our previous show, we decided to visit a nearby off-licence to hunt out some alcohol saw two bottles of La Fée and didn’t think twice. After a night of much consumption and a hell of a lot of randomness we thought hey, this could be the basis of our next piece! Fair to say, what was said that night didn’t really appear in the show, but that’s how the inspiration came about and so The Absinthe Monologues were born.

They didn’t mention where the bright green thong came from though one of life’s unanswered questions.

Edinburgh was out in full force the weekend La Fée decided to visit Scotlands capital, and there were most definitely some unique characters about!

The Fringe features thousands of shows, in hundreds of venues and has been going since way back in 1947, this being the 61st Fringe.

Street shows were also ongoing throughout the day, including Native Red Indians, Bagpipes and Jugglers

Even we got to join in some of the festivities, with Dan our sales guy finding it more than difficult to ride a bike in a straight line maybe he should go back to stabilisers!

Overall Edinburgh Fringe seemed to be a great success, and a fantastic experience, a big congratulations to all the organisers and performers and good luck to everyone regarding next years festival, we’re sure La Fée will be making another appearance.