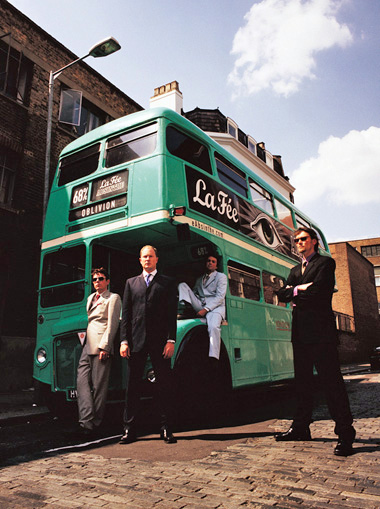 It may have growing pains, but the absinthe sector is beginning to punch above its weight, Joe Bates reports

The global absinthe category declined nearly -31% in volume terms in 2015, reaching 167,900 cases, according to the latest figures from the IWSR. A shake-out of many cheaper Czech Absinthes and newly established US craft absinthes were partly to blame for this severe market contraction, as was a steep drop in sales to recession-hit Russia.However, the dismal volume figures mask a more positive story at the value end of the category.

Producers of established genuine absinthes report rising interest in the on-trade as the spirit to  being an essential part of the bartender’s cocktail repertoire rather than as a novelty drink purchased by consumers intrigued by it’s notorious past and supposedly psychoactive properties.

La Fée absinthe, the first traditional absinthe to be commercially produced in France since the ban in 1914/15, has seen signs of growth over the first two months of 2017, according to Managing Director and Owner George Rowley.  He attributes the growth to sales of La Fée Parisienne Absinthe Superieure in cocktails, and the company’s lower-strength NV ENVY Absinthe, launched in 2007 and now part of a wider NV ENVY range that includes gin, whisky, vodka and rum.

The La Fée portfolio is led by La Fée Parisienne Absinthe Superieuere, which is a classic full- strength French green absinthe and generates the bulk of La Fée’s sales. Rowley says “If you have a cocktail bar, you need a classic like La Fée a green absinthe, which is one of the original, historical cocktail bitters.  La Fée blanche 53%, with it’s lower ABV, is useful for colour-sensitive cocktails and has a lighter, more flowery scented taste with a natural sweeter finish”.

Rowley reveals that he is changing the company’s US business model.  “Our activity in the US is limited by the fact that we are an ‘own importer’.  This is all about to change as we move to a partnership with a credible domestic importer with an interesting portfolio fit”.

Mark Stringer, founding director of La Maison Fontaine, a clear absinthe from France, says that the niche absinthe category enjoys a relatively high “share of voice” in the on-trade and just needs an external stimulus to take it to the next level.  “Most quality bars now have one or two premium and authentic absinthes.  With the right “kicker” there is a huge potential growth for the absinthe category” he explains. “This ‘kicker’ could be anything from one of the larger spirits companies starting to be a serious about the category to a movie or TV series related to absinthe.”

Stringer says 2016 was a year of consolidation for La Maison Fontaine. China, Thailand and Indonesia performed particularly well, the brand’s early entry into Asia standing it in good stead.  “The ambition is to achieve overall growth in the absinthe category and have our La Maison Fontaine brand reap the benefits in the ultra premium segment” Stringer says.  “We are working on educating the trade and being involved in activities either directly or via our distribution partners.  Good examples are a recent mixologist competition by our distribution partner in Indonesia and specialist retailer tastings in London”.

The thinning out of the absinthe category is particularly evident in the US, its biggest and most important market. Alan Moss, the global brand ambassador at Swiss absinthe La Clandestine, says a “ridiculous number” of brands have tried to gain a foothold there in recent years. “Every state seems to produce its own absinthe, but the market is not big enough to sustain all those brands.  I first went on the record three years ago saying there was going to be a bad fallout in the US, but only about 100 ever launched. Of those, 20 to 30 have completely disappeared.”

The US and global market leader is the french green absinthe Lucid.  It was the first genuine absinthe to be allowed for sale in the US by the Alcohol and Tobacco Tax and Trade Bureau a decade ago.  Lucid enjoys sales of 25,300 cases in 2015, an increase of 1.5% on the previous year.  Keri Eliason, marketing brand manager at Hood River Distillers Inc., says the company’s main commercial objective for Lucid is to be one of the top absinthes distributed in the US off-premise.  “While we are distributed in key cities nationwide, there are always opportunities to expansion, especially as an ingredient to revitalised classic drinks,” explains Eliason.  “Our target markets include key cities across the US, including Austin, Chicago, Detroit, Los Angeles, Las Vegas, New Orleans, New York, Portland, San Francisco and Seattle.

“Education is a core element of our campaign and is integral to our public relations, social media, sales training and gatekeeper programs,”  Eliason adds our new brand ambassador has been in gatekeeper education programs, bartenders are learning to create new cocktails that use absinthe as a core ingredient, not just a rinse.  This is our third year as a sponsor in Gary Regan’s Cocktails in the Country, where we give some of the country’s top mixologists a hands on opportunity to experiment with Lucid and create new cocktails.”

To mark the 10th anniversary of the repeal of the ban on the sale of absinthe in the US, Lucid creator Ted Breaux and Rodriguez recently held a live facebook event. “Consumers from across the country logged on and engaged with Ted to ask questions and share cocktails,” says Eliason

The US is also a key focus for La Clandestine, a hand-distilled blanche made to a 1935 recipe in the Swiss village of Couvet.  Brand owner Artemisia Distribution concentrates on the flagship La Clandestine, Angelique, the first green absinthe to be produced in Switzerland after the ban was overturned in 2005, and Butterfly, a green absinthe targeted at the US.

Business has grown to the extent that master distiller Claude-Alain Bugnon is moving production to a bigger premises this year.  His business partner Moss says the new location will still be located in Couvet, but will be twice as big as before, with more storage space for reserve stock and room for one of the largest visitor centres of any absinthe producer.  Of La Clandestine’s US ambitions, Moss says “We are in just over 20 US states with La Clandestine and Butterfly.  We have 2 sizes of La Clandestine 70cl and 20cl. The 20cl is important to us, because it’s a trial size- absinthe is expensive. If you can sell somebody something at $25, it gets them into the category.”

Moss and Alain launched Butterfly in 2013 and the brand is based on the original pre-Prohibition absinthe produced in Boston in the early 1900’s “We are now in the same number of states with Butterfly as with La Clandestine”, says Moss. “It’s a little bit more expensive than La clandestine at about $85 or $90, but bartenders love it.  People say to us, “Wow, this is America 115 years ago” It has a great citrousy flavour that you don’t get in most other absinthes.  It is good for cocktails and doing interesting things.  We trace it back to 1902.  The fact that it is based on a handwritten recipe gives us a real edge in the market.

Italy’s Xenta Absinthe has traditionally relied on Russia as its main export market, but the country’s economic problems have proved problematic.  The IWSR’s figures show the brand’s sales dropped -15.5% there in 2015. “Russia is still our top export market, but the recent crisis and sanctions hit the country very badly and except for major cities like Moscow and St Petersburg, the purchasing power of consumers is definitely less that it was a few years ago” explains Andrea de Vincenzi, regional sales manager EU and Asia.

“Despite the exchange rate of the rouble growing, many export brands got out of the market and in the niche category of absinthe, there are two players left.  On one side this is good, but on the other it’s a problem, because the quality of competitors is low and this could affect the category. In Russia we use brand ambassadors who promote Xenta with specific master classes and educate bartenders”, explains de Vincenzi. “this is a very effective programme, because it enables us to focus on the features of Xenta and on the proper way of using it. We are mostly focused on it as an ingredient in cocktails”.

Many suppliers agree that absinthe does have modest potential as the category reasserts itself as a key ingredient in many classic cocktails. “People are now drinking absinthe for the right reasons”, says Moss. “There are great bars, particularly in the US, Europe and markets like Japan and Australia, which are helping to get people drinking absinthe in the right way.  I’m not saying absinthe distillers are about to make a fortune.  They are probably not.  It’s not the kind of business you want to be in to make a fast buck, but if you are patient and do things right, you have a bright future.