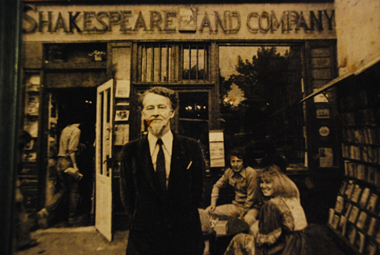 “Be not inhospitable to strangers – Lest they be angels in disguise”

The death of the owner of the Shakespeare & Co bookstore in Paris, has brought back memories of my time in Paris back in 1992, which lead indirectly to the start of La Fée Absinthe.  I had arrived in Paris in early January 1992 and had two weeks to find an apartment and a job before having to return to the UK.  Wandering around the left bank one day, I came across the Shakespeare & Co. book shop… 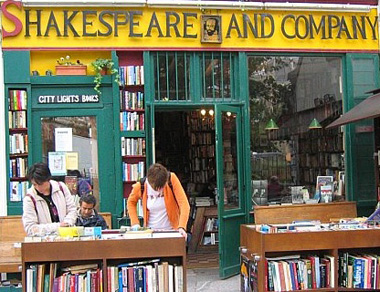 …With its ramshakle notices chalked up on the outside shutters.   One of the notices was from an American Journalist looking for a flatmate on the idylic Ile St. Louis (one of the little islands in the middle of Paris).    Having a good French accent, but not many other skills, I managed to get a job as a bi-lingual secretary for a pharmaceutical company in the 13th arrondisement.  My life in Paris had begun and being very shy and living with a super shy American (yes, they do exist) I spent many hours wandering around Paris and ended up one day back at Shakespeare & Co.  The owner, George Whitman, invited myself and some other young people up to the top floor for tea.  I was put in charge of an enormous metal kettle and a massive sieve to use as a tea strainer.  The whole place had a bohemian air with wonky bookshelves, dusty carpets and cats asleep amongst the novels.  I did not know at the time, the long history of the bookstore and its association with American writers including Ernest Hemingway.    George Whitman had a line of a poem by William Butler Yeats displayed on the wall of the store:  “Be not inhospitable to strangers – Lest they be angels in disguise” 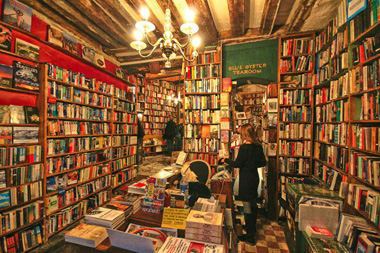 George’s hospitality and my finding an appartment through the Shakespeare & Co bookstore allowed me to spend two wonderful years in Paris.  Years later I returned to Paris with my husband George and we visited the Absinthe Museum in Auvers-sur-Oise and begun our relationship with Marie-Claude Delahaye leading ultimately to the start of La Fée Absinthe and the return of Absinthe to France.

A cultural beacon who saw the book business as ‘ the business of life’.  He will be missed.