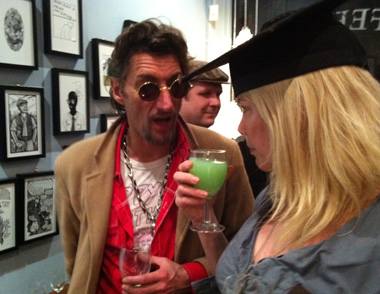 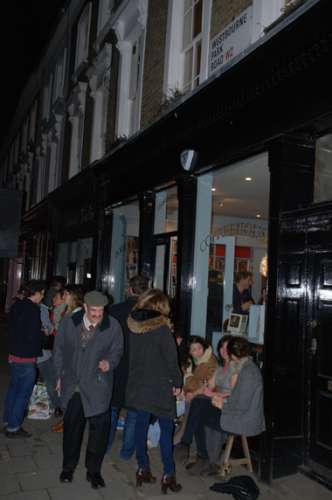 La Fée was invited to attend an evening soiree in London’s bohemian Notting Hill, in celebration of the opening of the Idler Academy, a new bookseller, coffeehouse and venue that will host a variety of literary talks, seminars and courses. Of course a La Fée Absinthe Parisienne Bar appeared and drinks flowed for everyone, served by George Rowley, La Fée brand owner and the La Fée team.

The Idler Academy is the brainchild of best-selling Penguin author and editor of the Idler, Tom Hodgkinson and Victoria Hull of the Clerkenwell Literary Festival. Amongst the upcoming events to be hosted at the Idler Academy will be lessons in Latin, Classical Philosophy, book binding and how to start your own cottage industry. Also featuring will be a Philosopher’s Forum with writer, Will Self and a night on the art of cloud collecting with Gavin Pretor-Pinney, co-founder of the Idler and founder of the Cloud Appreciation Society. 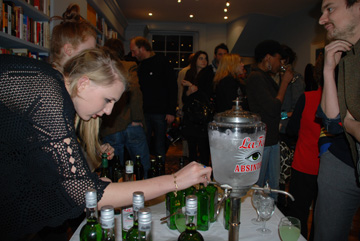 Throughout the evening’s entertainment La Fée made sure the green fairy kept flowing with the help of a traditional absinthe fountain – and the sight of this fascinating device, which is based on a fountain found in the French Absinthe museum, ensured that an endless stream of guests also kept flowing along to fill their glasses – making sure that absinthe was at the heart of the party. Included among those enjoying the taste of La Fée Parisienne was model Sara Stockbridge, a favourite of Vivienne Westwood. 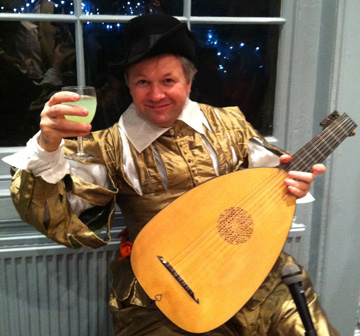 The atmosphere was made all the livelier when Academy and BAFTA Award winning actress Emma Thompson was announced as the patron of the Idler Academy. During the speech she gave afterwards Emma told the crowd of revellers present that her first love at school was Latin; and that the role the Academy will be taking on in making education for adults in their spare time an enjoyable experience is something she can fully back.

The evening was a great opportunity for lovers of literature and learning to get together and celebrate in style, and of course the Academy was full to the brim with artistic talent. Among those enjoying themselves were the poet Jock Scott – who has worked with the likes of Blondie, The Clash and Talking Heads – and sculptor Nick Reynolds who specialises in the lost art of death mask making (and has made a mask for Sebastian Horsley; a well known patron of La Fée who sadly passed away in 2010). Authors John-Paul Flintoff and Gavin Pretor-Pinney were both at home beside the large stretches of books adorning the walls of the Academy.

La Fée wishes the Idler Academy all the best for future events.