Silver of the Stars 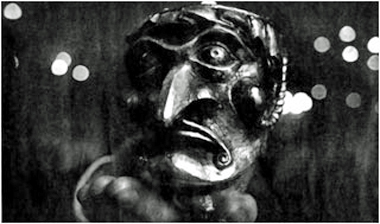 An absinthe goblet designed by Graham Stewart was among a number of displays unveiled on Friday in Edinburgh, designed to celebrate the 550th anniversary of the Incorporation of Goldsmiths in to the City. Ten of Scotland’s finest artists were asked to collaborate with the most talented silversmiths of the country on the theme of a drink with a friend. Celebrities included that of Sir Sean Connery, Ewan McGregor, Ian Rankin, Sir Cameron Mackintosh, Alexander McQueen, Billy Connolly, Sharleen Spiteri and Robbie Coltrane.

Displays comprised of, for Ian Rankin, a silver, lined-with-gold tumbler in which to drink Irn-Bru out of, a silver and gold quaich for Sir Sean Connery and an absinthe goblet, described as overflowing with decadence for fashion designer Alexander McQueen.

The National Museum of Scotland will entertain the exhibition after its tour of New York, St Petersburg, Kyoto and Beijing, before returning in 2008. The £1m show is open to the public on January 31st next year, at the Victoria and Albert museum in London.