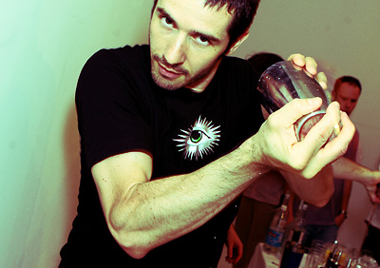 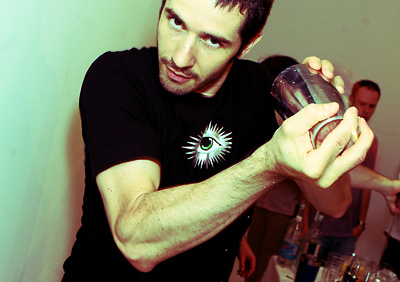 At an exclusive launch event in the expansive white space of the Openhouse gallery in SoHo, New York, brand owner George Rowley and world-renowned absinthe historian Marie-Claude Delahaye played host to over 200 industry professionals including top mixologists and bar-owners from across the nation. 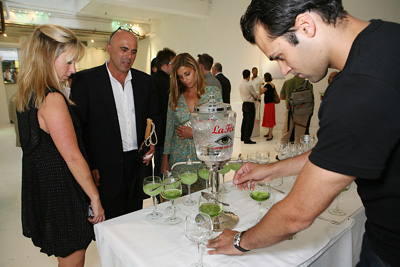 Installations conceived with Saatchi of London and inspired by the works of Toulouse Lautrec, Salvador Dali, Vincent van Gogh and Claude Monet were on display for all to enjoy as well as a canvass proudly bearing Marie-Claude’s blessing of La Fée Absinthe Parisienne: This formed a fifth installation involving the traditional serve bar itself presented by 42Below Cocktail World Cup winner Michael Russotti. Bathed in soft green and white light our guests interacted with these works and one another, as their palates were pleasured by a range of drinks which embrace the qualities of La Fée Absinthe Parisienne. 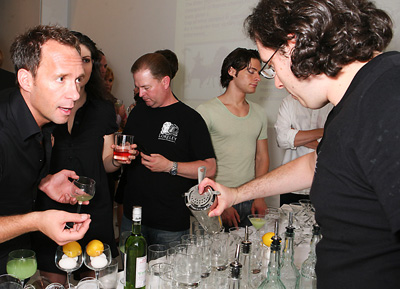 Into the 2nd room; where our guests enjoyed drinks at the bar overseen by cocktail Guru Jonathan Pogash (currently working his magic at the Bookmarks Lounge, Library Hotel). Both classic and contemporary cocktails were served including the Sazerac and the La Fée Sour. Great Performances lived up to their name and presented a fabulous array of hors d’ouvres. 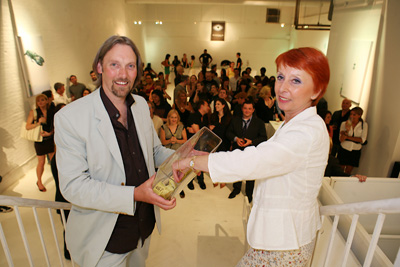 All senses were indulged in an evening which celebrated both the sophisticated decadence of the late nineteenth century; and embraced La Fée’s role as the architects of the absinthe renaissance. On the night we took great pleasure in entertaininng some of the biggest names in the industry including Tony Abou-Ganim (Bar Milano), Leo De Groff (mixology consultant), and Matt Gee (The Randolph) to name but a few. 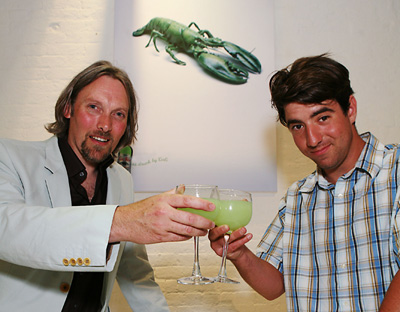 And what better way for George Rowley to say thank-you than by giving the canvasses away to lucky individuals – in a draw by Marie-Claude. Both George and Marie-Claude signed the New York set of canvasses (the first ever commissioned), making for a truly memorable end to a hugely successful night. 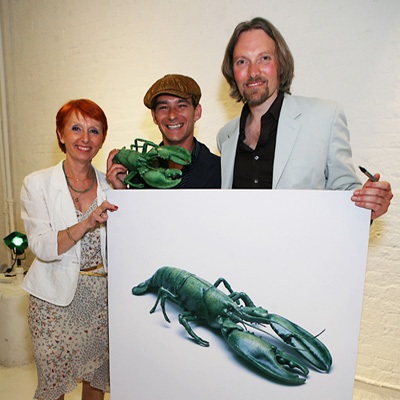